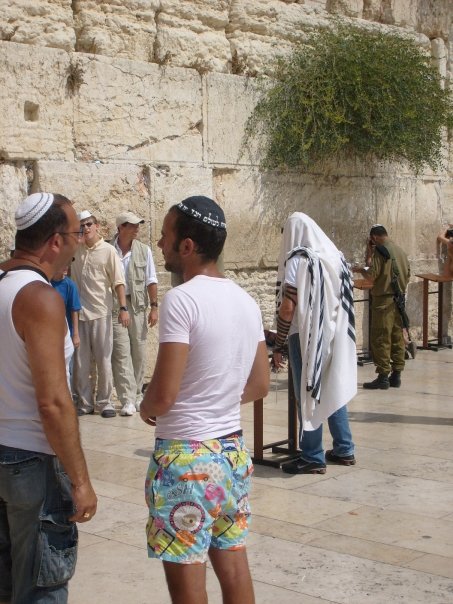 So I snapped the following picture at the kotel and it made a ruckus on my Facebook album of Israel pictures (I intend to make a flickr account one of these days) the picture was meant to show a dude wearing a Yechi yarmulke given out by some of the messianic chabadnicks who hang out at the kotel, who obviously had no idea what he was wearing. I took the picture because I thought it was funny, but then everyone over on Facebook started arguing about whether there should be a dress code at the Kotel. Well thats debatable, but my opinion is no definitely not! Because so many less people would visit the kotel if there were a dress code. One of the things I love specifically about the Kotel is that all types of Jews and non-Jews visit it and revere it in some way. Little chiloni kids kiss the kotel as their parents say a few prayers, prayers that may not be said all year round. I don’t know maybe I’m a liberal romantic- but having a dress code makes me think of this: 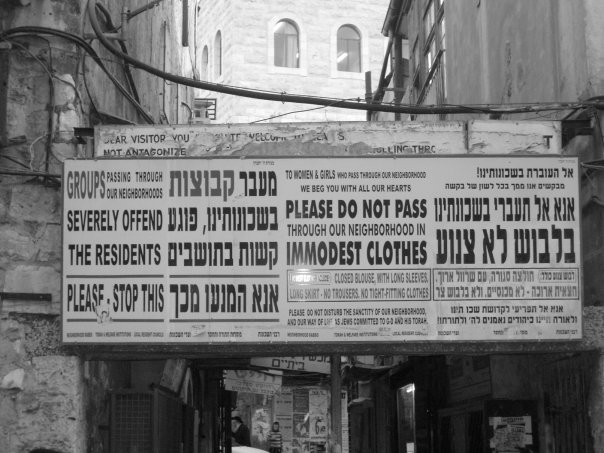 76 comments for “Should there be a dress code at the Kotel?”