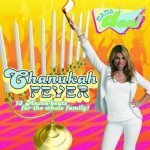 Isn’t it interesting that Chanukah is one of the major Jewish holiday’s in the secular Jewish world, yet the holiday itself is the celebration of our defeat of liberalism and assimilation? We can pretty easily compare the Hellenistic Jews to those Jews who are fully Americanized and want snipets of Jewish culture without dragging the whole ritual part with it. Chanukah may not be as important as Succos or Shavuos, but it is more recognized and more people partake in it that those other obscure biblical mandated holidays. Do those non-religious Jews realize that by celebrating Chanukah, they are celebrating a holiday that recalls our defeat against liberals and assimilation using terrorist tactics?

I’ve been waiting for a liberal social justice campaign to come out and say that celebrating Chanukah is wrong because it goes against everything they believe in. It goes against human rights, freedom, the choice to choose what you want in life, and it goes against their non-violent philosophy. I bet you that the Jewish social justice movement would have been against the Palmach and other “terrorist” organizations that had a hand in getting the British out of Palestine. I bet you the Jewish social justice movement would have sided with the JDC, rather than Agudah in the illegal immigration issue during the holocaust. So why do they support this band of outlaws that terrorized the Greeks for not allowing Jews to learn their antiquated laws and ideas?

It’s almost sad that Thanksgiving and Chanukah fall out at the same time this year, it gives more of an assimilation feel to the Holiday, no one has to leave work early to light candles this year (you never have to leave work early, mishna brura says your wife lights for you if she is home) This year, we can give thanks for our killing of the Indians and stealing their land, at the same time that we thank Judah and his henchman for terrorizing the Greeks and getting our beis hamikdash back. I guess we have a lot to be thankful for.

16 comments for “Chanukah is about our defeat over the Liberals”