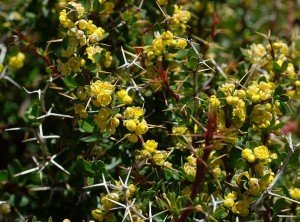 Unlike what we may all have been taught to presume as necessarily true from 3rd grade and onward, the fact that the Torah says very little and the biblical commentators say very much is of great import — in other words, there is a difference between the two and just because Rashi says something doesn’t mean we should accept it as reflecting reality. As we saw last week, Rashi sometimes says something that cannot be accepted in 2012 with any real sense of dependability.  With his extensive depth of knowledge, he certainly provides a great sense of direction in halachic and grammatical matters when it comes to helping us to better understand the Torah, but his comments that relate to the mystical interpretations of what the Torah meant when it said X, Y or Z is suspect through the lens of contemporary understandings of reality.  In short, Rashi’s contributions will forever be relied upon, but it’s important to know when later authorities with a greater and more profound understanding of the universe should be consulted when trying to understand what it is the Torah (written and oral) meant when it made a statement.

This week is no exception, for Rashi, following in the mystical path of the Mechilta of R’ Shimon Bar Yochai (an ardent disciple of R’ Akiva), explains that God appeared to Moses in a thornbush, of all places, to emphasize that He shares our pain and suffering.  Had God appeared in a pool of water, such methods of interpretation would have likely drawn our attention to the fact that water exists in nearly every part of nature and that all things are dependent almost directly upon water, much like the Jewish concept of the universe’s relationship with God; and had God’s voice emanated from a luscious glen or a grove of mighty ceders, Rashi would have quoted Psalms 29:3-8 instead of Psalms 91:15.  R’ Akiva’s teachings, as well as those of Rashi, are mimetic in nature rather than didactic — in other words, they inject a preconceived attitude into an otherwise neutral happenstance, rather than truly explain what has happened as a direct consequence of any real causative factor because it’s not what happened that’s important, but what message we can learn from it that is.  This is makes Rashi very suitable for 3rd grade, when Torah students ask almost nothing, but for thinking adults who can sometimes perceive a flaw in Rashi’s approach, one must realize that he’s not the only one who comments on the Torah.

That God participates in the pain and suffering of Israel has become almost a fundamental of the Jewish faith.  When God tells Moses “v’ei’reid lahatzilo” — “I have descended to free them,” (Exodus 3:8) it is to say, according to the midrash, that God expresses compassion with his chosen nation and chooses to involve himself in their sorrows.  But according to R’ Akiva, the Egyptian slavery left an indelible defect in the divine essence, afflicting His very being.

Explaining how we know that the Israelites exhibited less than satisfactory allegiance to God even after seeing the miracles in Egypt, R’ Eliezer asserts that they even crossed through the sea while still carrying on with idolatry:

“…from before Your people, whom You redeemed for Yourself from Egypt, the people and their gods.” (2 Samuel 7:23)

Because of the ambiguity in Hebrew between the terms God and gods (for there is no distinct plural form and no capitalization), R’ Akiva was able to contest this interpretation, instead favoring a translation in which the verse supports the redemption of ‘the people and their God’ from Egypt.  Despite rejection from other sages, R’ Akiva insisted that God redeemed primarily himself from Egypt, not us.  This must have raised many eyebrows, seeing how similar it is to Christian theology in which the embodiment of divinity suffers and is redeemed in human form and with human attributes, yet while all the while retaining godliness.

It should go without saying that R’ Ishmael and his followers could not accept such a position, one that expressed such seemingly corporeal and irrational interpretations inconsistent with that which befits God — adjectives of physicality cannot be ascribed to the Almighty, and so neither could states of being, such as subjugation and servitude.  Israel’s Exodus from Egypt had always been seen as a national need through which God’s name would be magnified, but R’ Akiva made it out to be a divine need.

This debate carries forward as well, for Israel is in exile once again, and according to R’ Akiva, God is with us and in need of redemption.  As we read last week in the mincha haftarah for the Tenth of Teves: “ki krovah yeshuasi lavoh” — “for my salvation is soon to come,” (Isaiah 56:1) it does not say ‘your salvation’ but refers to a salvation for God Himself, suggesting, according to R’ Akiva, that Moshiach can come even without Israel meriting his arrival, for there is a divine need that might very well trump that of the nation, as it happened during the Egyptian Exodus.

May we see the rebuilding of Jerusalem speedily in our days and in our own merit.

For more on Moses and Moshiach, see 4torah.com