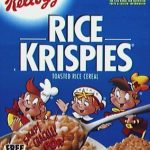 Sephardic groups are claiming that kitniyot is a racist custom, after several big Sephardic rabbis concurred with Ashkenazic sources that there is no halachic basis to kitniyot and that it is merely a tradition started to separate the two groups of Jews. The entire concept of kitnyot is so obviously racist according to Rav Ovadia Abadi, that he has gone so far as to contact the ACLU to try and put a stop to this madness, he has since started calling Kitniyot just another Jim Crow Minhag started by ashkenazic rabbis in Lithuania to maintain their distance from their white talis wearing brethren.

Last year Ashkenazim in Israel acknowledged that the age old laws against eating seeds, rice and legumes on Pesach were hooey, they didn’t go as far to acknowledge their obvious racist nature by referring to them as Jim Crow Minhagim, but anyone can see that is the point.

Gedolei Yisroel, are calling this claim preposterous, they say that this is just the tip of the iceberg and that involving groups like the ACLU and NAACP could just bring trouble to traditional Judaism. The R’HaF told us that it was Sephardim who wished to be segregated. “You don’t see Ashkenazi Pride Parades; we aren’t parading our nusach and ancestry around like they are. You don’t see Ashkenazi restaurants or neighborhoods; you think I could afford to live in Deal? Or get one of those mansions on Ocean Parkway and have my Bentley parked in front? All we have left to discern us between them, is bland food and the laws of kitniyot.” The R’Haf is committed to keeping kitnyot alive for other reasons as well. “I don’t even eat gebrokts, now you want to welcome foods that can obviously be turned into flour and become leavened. It’s insane, it’s almost as bad as allowing women to become rabbis – at least the Sephardim agree on the danger of allowing women’s rights within traditional Judaism.

Many left wing groups are rallying behind the Sephardic cause, supporters say that Jim Crow should have been hung out to dry with the passing of the civil rights act in 1964, but he has since arisen from the grave. Many Sephardim are saying that Jim Crow has experienced techiyas hamesim.

← 2010 Facebook Haggadah
What type of Pesach (Passover) Seder do you have? →

22 comments for “Some Sephardim claim kitniyot laws are racist”